Osaka - The Kitchen of Japan. A culinary series about food from all over Japan with focus on Kansai 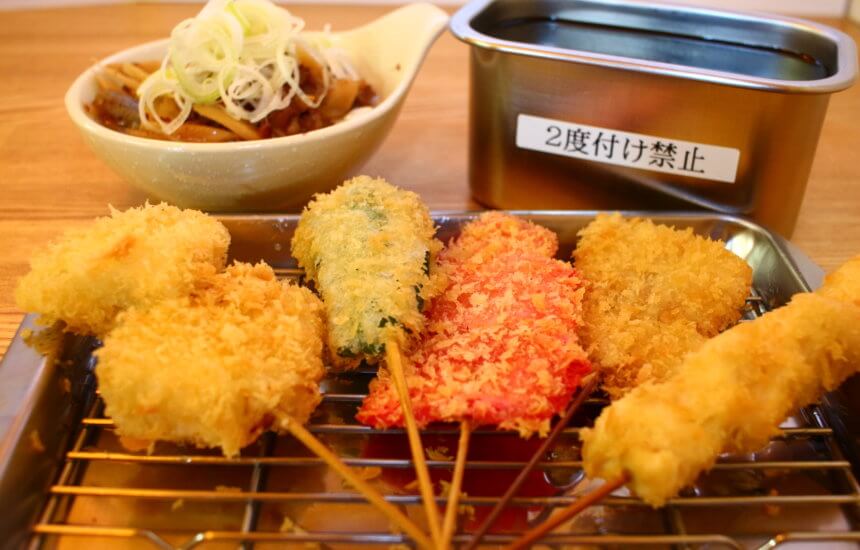 Any food-lover should know that fried food just tastes better, apart from the heartburn of course. So in this part of the series I would like to introduce you to a fried food that originated in Osaka, in the area of Shinsekai to be exact. Kushikatsu was first made in the beginning of the 20th century where the owner of the famous restaurant: Daruma thought about making and serving skewered, battered and breaded fried meat and vegetables. This was during the war era so anything cheap and filling would of course become popular. Especially for the blue collar workers in the area. Various cuts of meat and vegetables such as onions and potatoes would often be used since it was more hearty and it came with the fried delicious batter on the outside and since it could be ordered and consumed quickly so the workers could return to work with their bellies full more food stalls like this popped up. There are different variations of this kind of food but most importantly, in Osaka, the birthplace of Kushikatsu it is served with a Worcestershire-like sauce in a container on the table. Here is the important part of the eating ritual. Since it is a shared sauce there will be absolutely NO double dipping, for hygienic purposes of course. 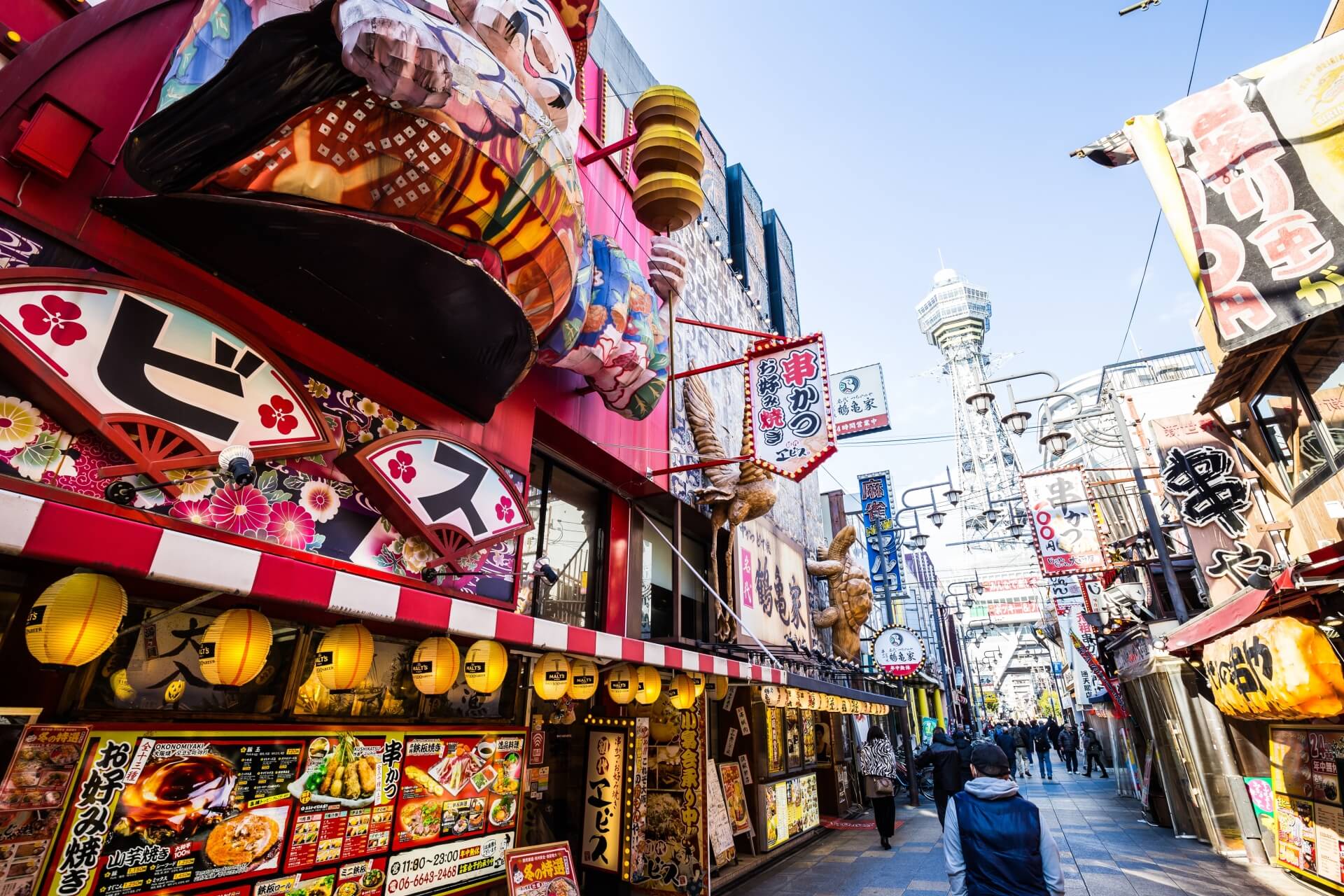 Heaven knows what will happen if they catch you double dipping. Rumour has it that it is a fate far worse than being publicly shamed, banned and thrown out but no one has ever dared defy that rule so it is not really known for sure but just for good measure, let us respects the rules and just never double dip, shall we? If in case you do not get enough sauce for your skewer, there is no need to be concerned. For you get as-much-as-you-can-eat cabbage leaves on the side that you can use to scoop up extra sauce or just munch on to refresh your palate in-between bites of all the fried goodness. If you run out, just let your server know and they will bring you another round of crispy, crunchy cabbage leaves.

Definitely start your kushikatsu gourmet journey in the heart of the birthplace: Shinsekai, Osaka