Did you know about the bigger and grander great buddha of Kyoto?

Undoubtedly, the Great Buddha in Nara is one of the most recognizable sights of Japan, but did you know that there was actually a very similar statue of Great Buddha in Kyoto back in the 16th century?

Nara City, located in the Kansai region, is one of the most popular tourist destinations in Japan and so, unsurprisingly, it is also among our top 4 most often chosen destinations by our customers. Its long history, stunning architectural structures, hundreds of deer roaming freely in the Nara Park, and the fact that in the 8th century it served as a capital of Japan make it all definitely worthwhile visiting place. There are many amazing facilities in Nara that you may visit during one day tour, such as: Kasuga-Taisha Shrine, Naramachi, Kofuku-ji Temple and its Five-Storied Pagoda, Harushika Sake Brewery, and of course Todai-ji Temple, with its Great Buddha Hall that is one of the largest wooden structures in the world and the statue of the Great Buddha, properly known as Vairocana Buddha, the light of whose knowledge and compassion illumines widely. 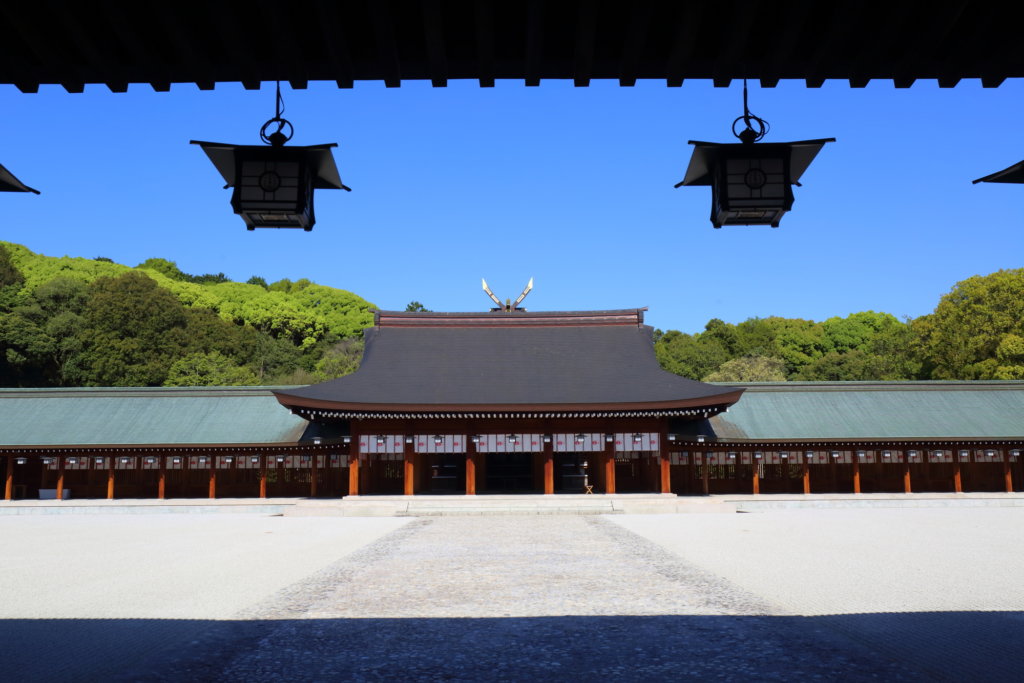 Although the Great Buddha statue had to be recast several times since the establishment of Todaiji Temple in the 8th century by Emperor Shomu, its architectural style is still well-preserved and up to this day it is one of the biggest bronze statues of Buddha in the world. The statue is approximately 15 m tall and weighs around 500 tonnes. Its impressive dimensions and the sense of tranquility when standing right in front of it attracts millions of tourists and worshipers every year. Interestingly, one of the statue’s knees holds a secret unfolded only recently thanks to using x-rays. It was discovered that inside the knee there are jewels, pearls, mirrors, swords, and a human tooth, which are believed to be the relics of Emperor Shomu.

Undoubtedly, the Great Buddha in Nara is one of the most recognizable sights of Japan, but did you know that there was actually a very similar statue of Great Buddha in Kyoto back in the 16th century? Toyotomi Hideyoshi, one of the greatest warlords and the second unifier of Japan, was so impressed and inspired by the statue of Great Buddha in Nara that he wished to create even a greater one in Kyoto. He wanted to surpass the original one in every way, so he ordered the new statue to be even one meter taller and covered all in gold. Unfortunately, due to many reasons the statue has not survived to our times and little it is known how it exactly looked like. Except for a very few descriptions by foreigners and a drawing, which does not reflect its glory at all, and shows only a face of the statue peaking through the temple’s window, we do not really have much left to go with. There is only one visual representation of the statue by Engelbert Kaempfer who visited Kyoto in 1691 but his description is that of a smaller wooden statue of Buddha covered in gold, which has replaced the original one in Kyoto after it was destroyed by earthquake: “The idol was gilt all over, and incredibly large… It had long ears, a crown on the head… The shoulders were naked, the breast and body covered with a loose piece of cloth. It was sitting after the Indian manner, crosslegged, on a [lotus] flower, which was supported by another flower… The idol itself was so broad that it reached with the shoulder from one pillar to another, though they were a full [30 feet] distant.”

The statue described by Kaempfer was later replaced by a replica at the beginning of the 19th century. This one however, was much different from its predecessors, because it was reduced to a wooden three-story head and shoulders of the Great Buddha. Surprisingly, it lasted the longest among the other ones, until its destruction by fire in 1973. Today there is very little left to see of what was once the largest building in the world and the Great Buddha. On the grounds of Hoko-ji Temple in Kyoto there are only left few twisted metal frames and several metal rings from the temple’s columns.